The two new Hardware Programs feature a past Cy Young Award winner and MVP! Earn them by playing new Missions that focus on their careers, teammates and other award winners. 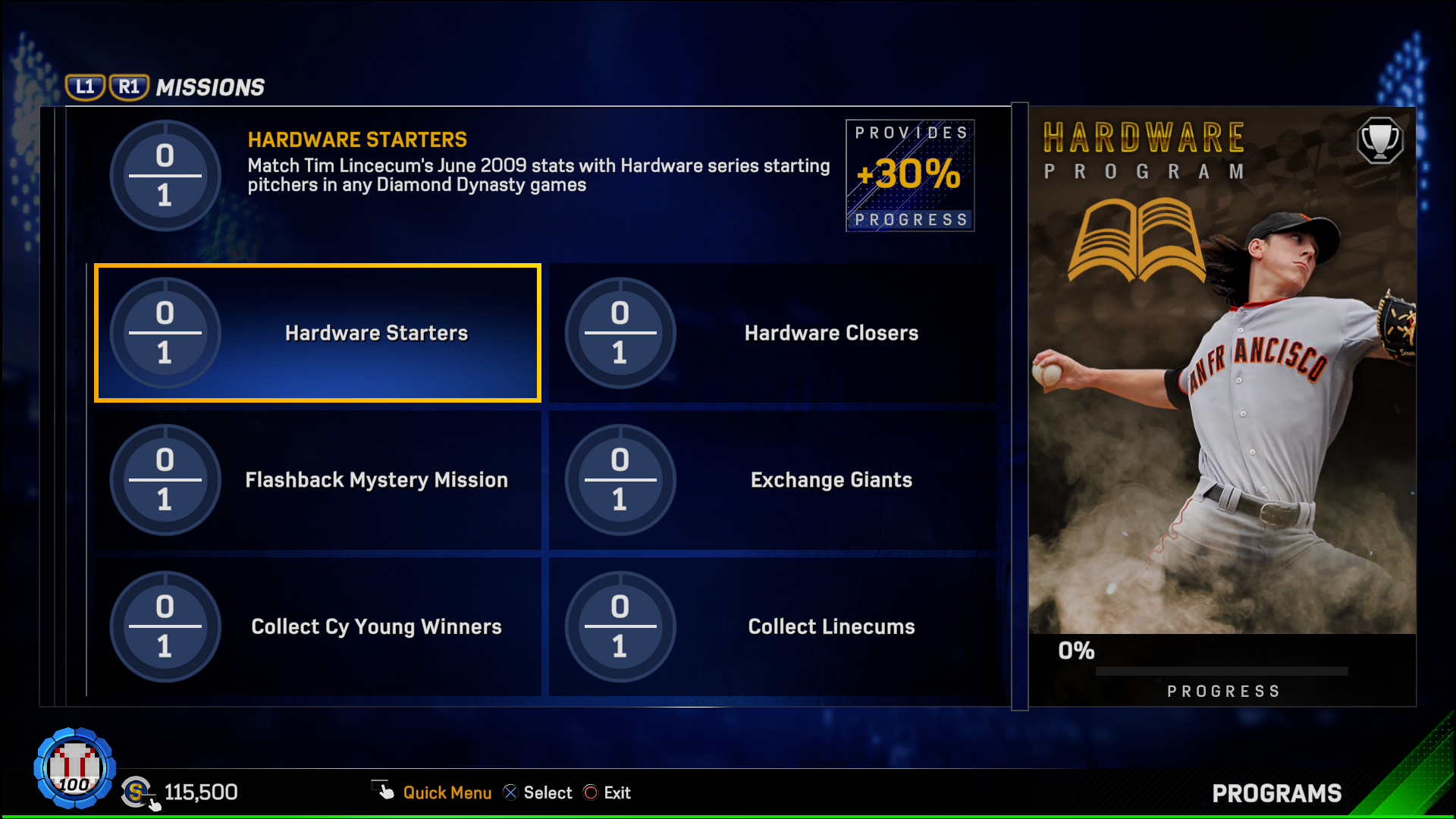 Tim Lincecum’s dominance in the late 2000’s was unquestionable and his Flashback features an arsenal that includes one of the best changeups in Diamond Dynasty (97 control, 99 break). He won his second consecutive Cy Young award in 2009 by leading the league in strikeouts (261), complete games (4) and Fielding Independent Pitching (2.34).

Complete all six Missions in the Lincecum Program to unlock his 99 overall Hardware Flashback, plus look for another hidden Diamond Flashback player item by finishing 50 percent of the Program. 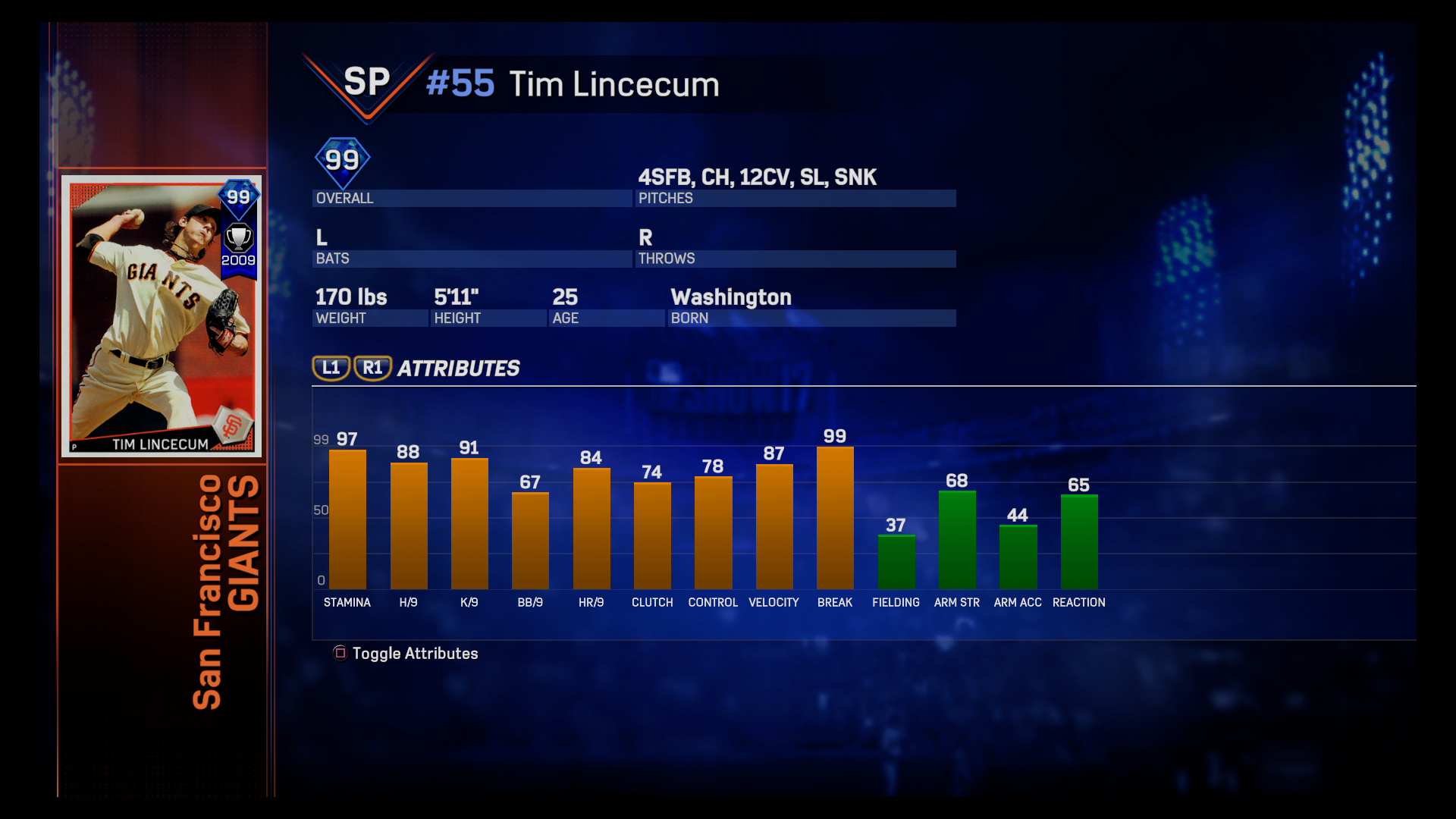 Jimmy Rollins put together one of the most impressive all-around MVP seasons in history, embodying what it means to be a five-tool player. He played in all 162 games and became only the fourth player in history to tally at least 20 doubles, 20 triples, 20 home runs and 20 stolen bases in a single season! As if that wasn’t enough, he also won his first gold glove by playing brilliant defense at short.

Complete all six Missions in the Rollins Program to unlock his 99 overall Hardware Flashback, plus look for another hidden Diamond Flashback player item by finishing 50 percent of the Program. 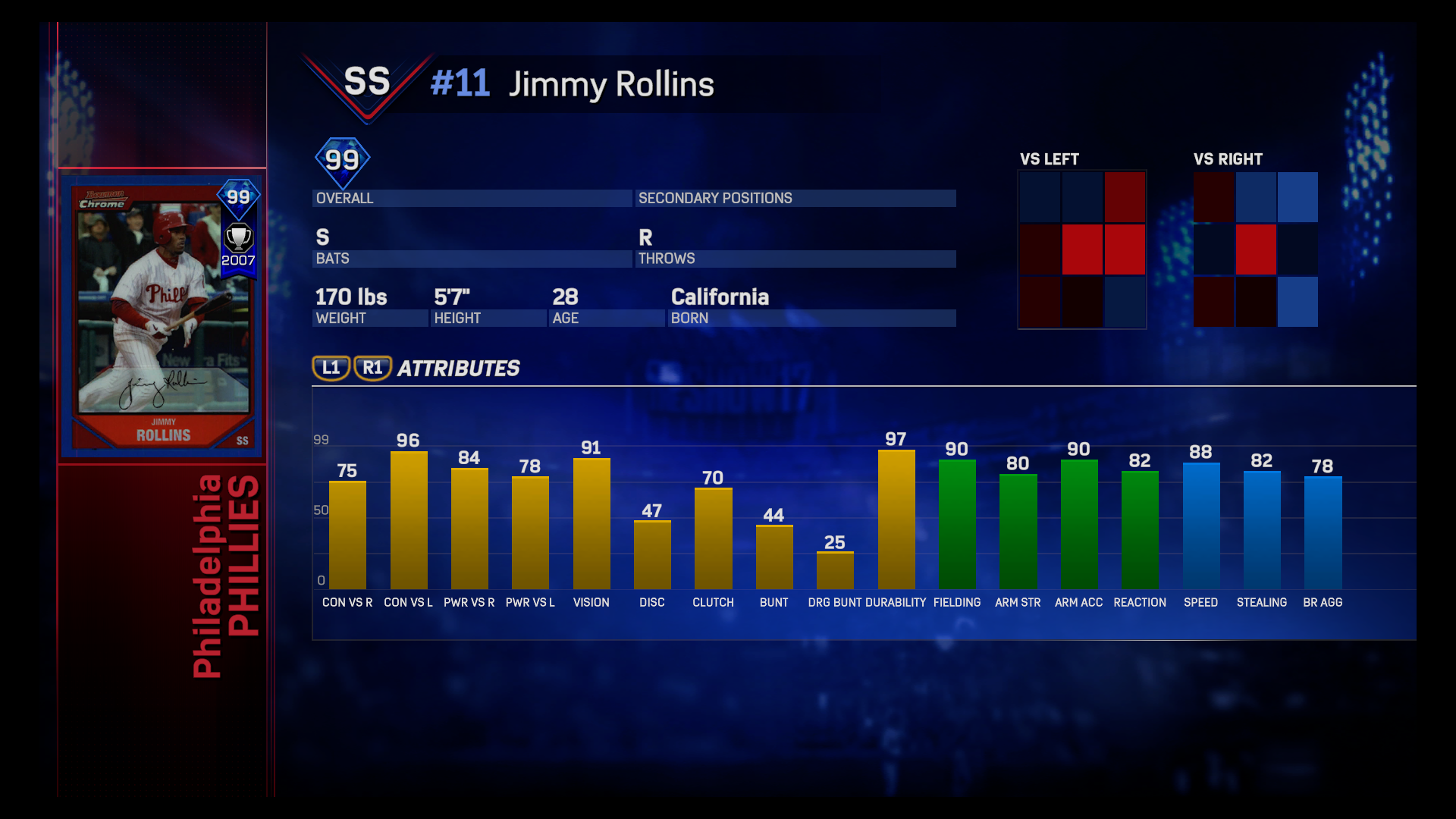 In the Show Shop, the new Hardware Pack includes one Hardware series player item (guaranteed Gold or Diamond) plus three other player items.

New Hardware Series Legends and Flashbacks in the Hardware Pack:

A former MVP now can now be acquired in the Ticket Counter. Use your Tickets to purchase Hardware Flashback Dustin Pedroia (Diamond, 99 OVR 2B) if you have leveled up to Diamond XP Level 50 and can spend 10,000 Tickets. 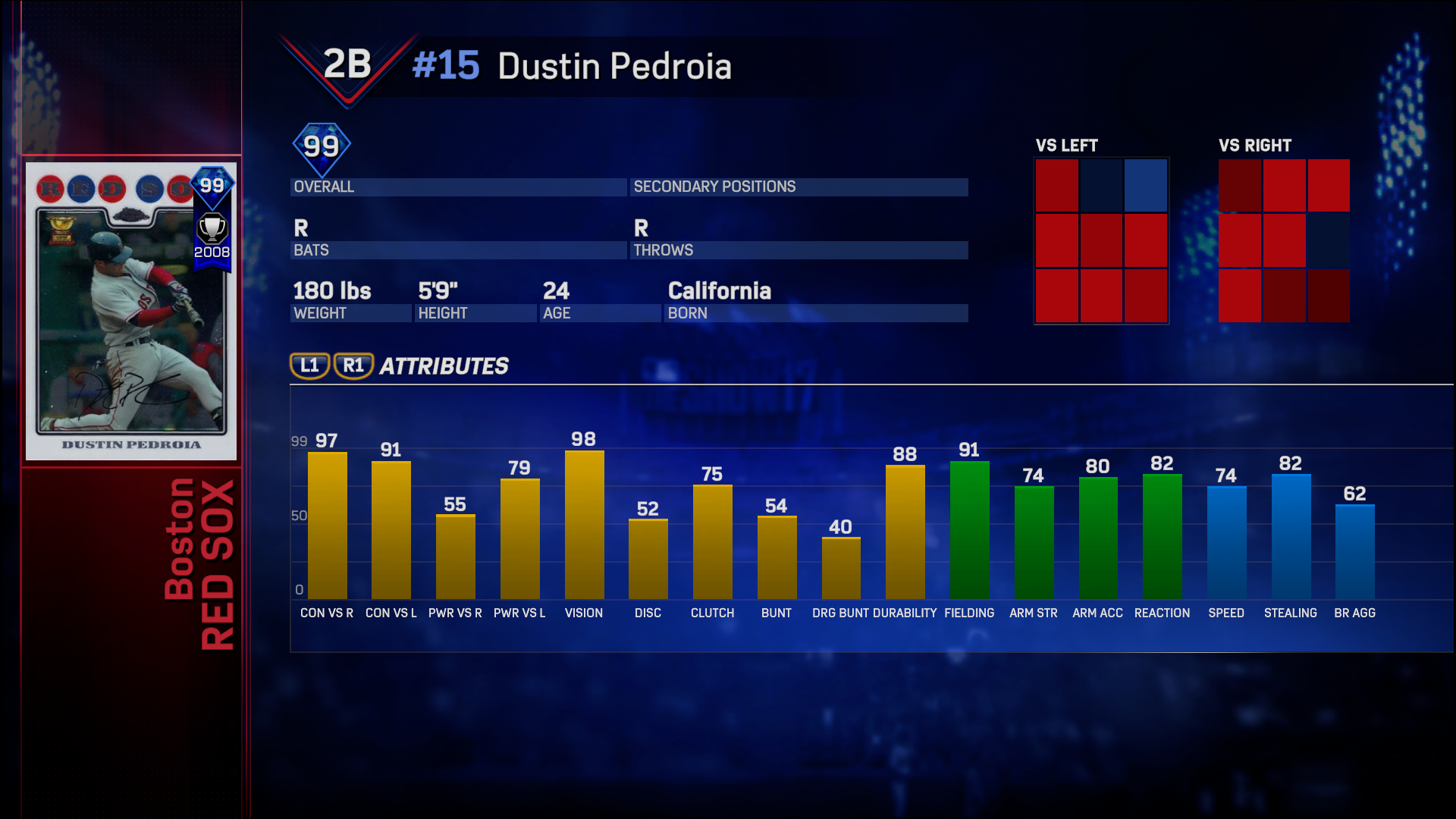 If you have reached XP Gold Level Zero, you can also find these three new Hardware Series Legends and Flashbacks in the Ticket Counter:

Take a tour of the country by playing with Live, Legend and Flashback Series players from teams in different regions. Three upcoming Coast-to-Coast Events highlight the West, Central and East divisions across MLB. All Events are 3-innings in length.

Live Series, Legends and Flashbacks are eligible for your lineup as long as they are on the following AL West and NL West teams:

Q: Is there anything new with Battle Royale?
A: We have made Battle Royale free to enter for a limited time! Also – look for a Diamond Legend to appear in the Flawless rewards in December.

Q: Any hints on the last Mystery Program?
A: We gave some helpful advice in the last developer live stream to think about your favorite players from each Series because they may become useful soon. Get ready for new player card art and a bunch of new Diamonds in mid-December!