As we revealed in this week’s developer Twitch live stream, the third Mystery Program in Diamond Dynasty is headlined by George Springer of the world champion Houston Astros. 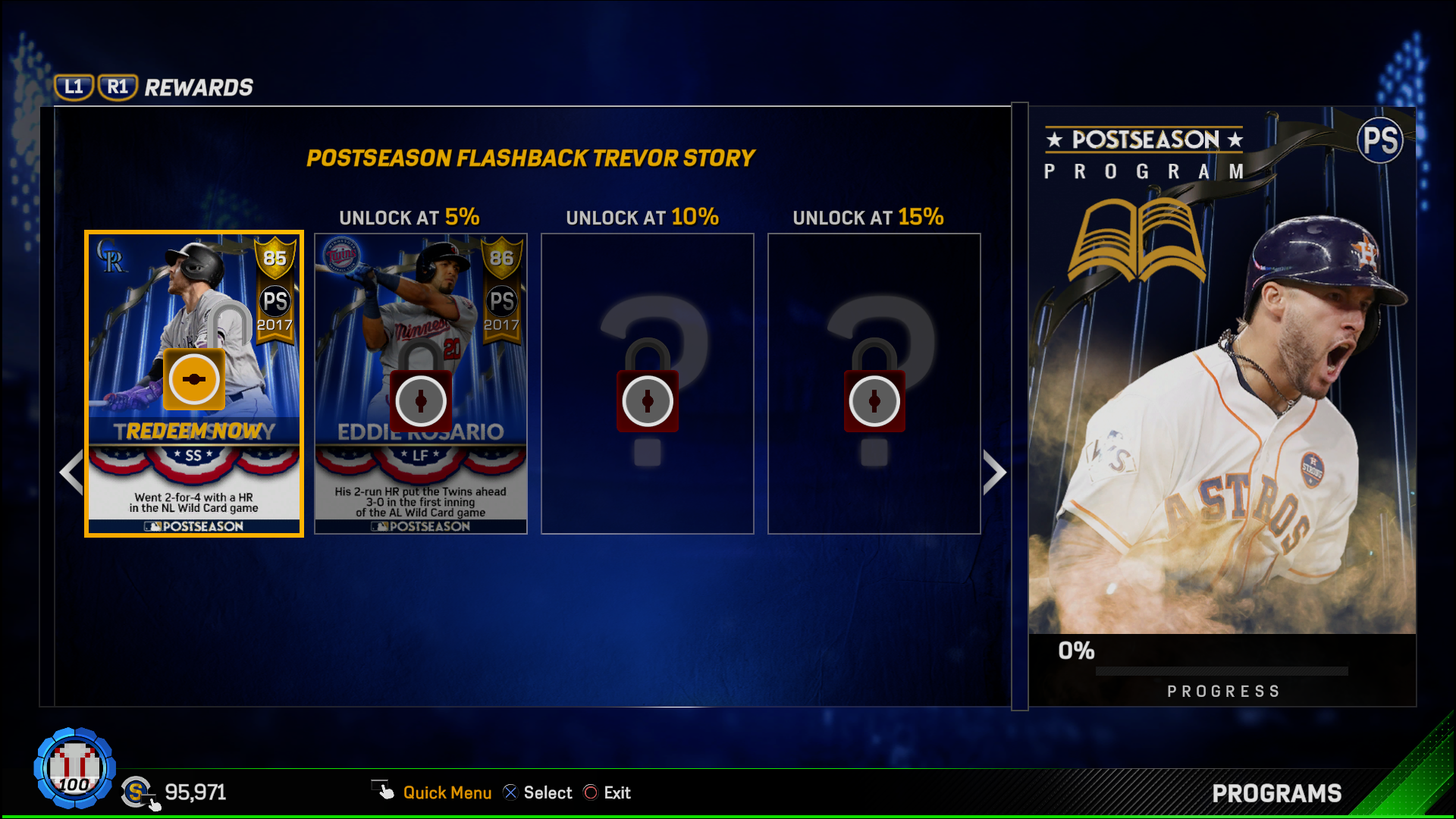 The best part about the new Postseason Program is that you don’t need to purchase any new player items, because we provide all of them as rewards.

You can see in the image above, Postseason Flashback Trevor Story is ready to be redeemed immediately. Once you redeem Story, add him to your squad and begin the Wild Story Mission (below) by trying to tally two hits including one home run in any Diamond Dynasty game. Once completed, you will receive Postseason Flashback Eddie Rosario and you can get going on his Mission in the Springer Program. 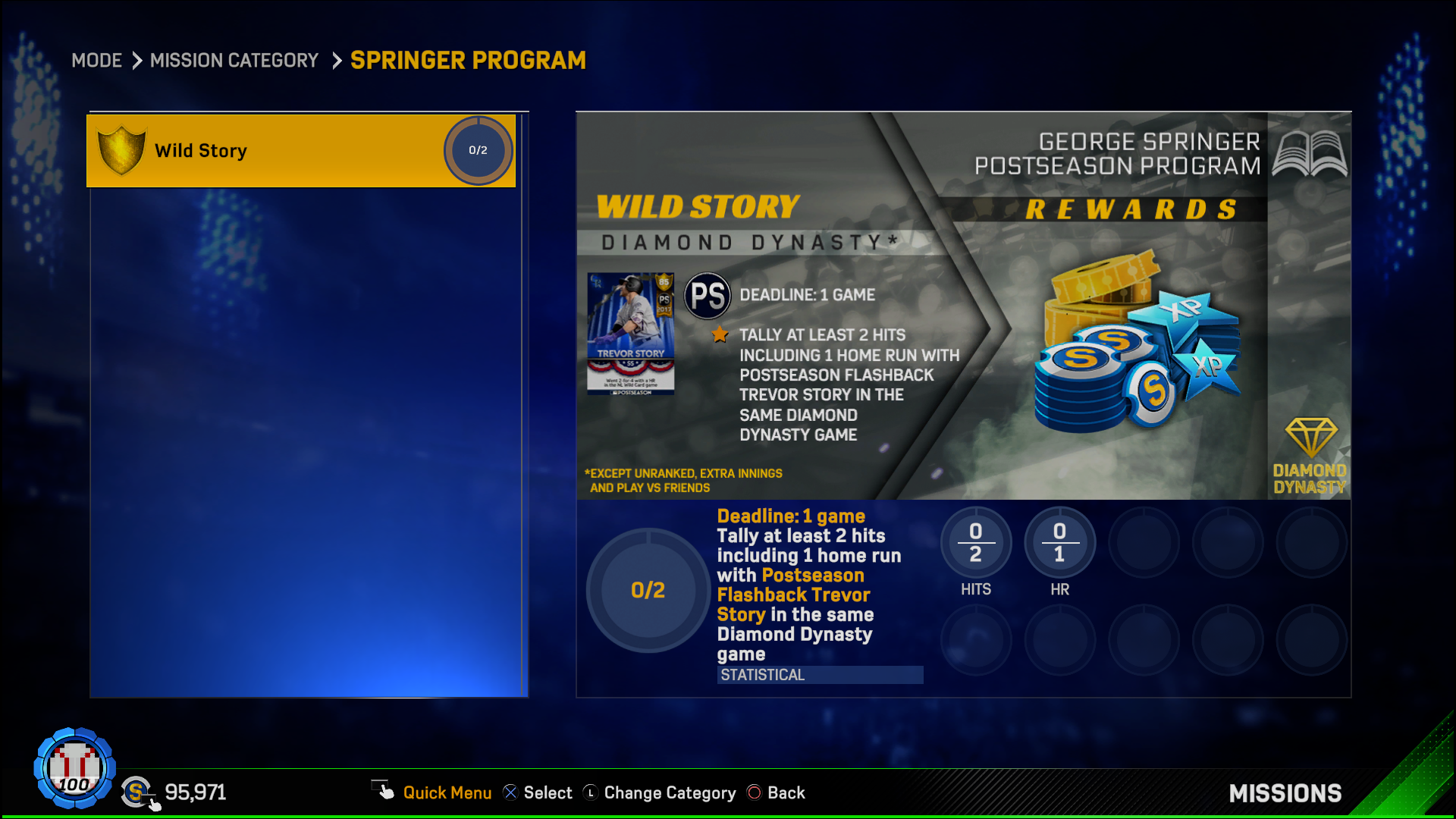 There are a dozen player rewards to earn in this Postseason Program! Seven of the 12 Flashbacks are visible, but five player items are hidden and can be discovered by advancing the Missions in the Program.

Q: Do I receive Dynasty Program credit for redeeming George Springer’s Flashback at 95 percent in the Postseason Program, or do I have to reach 100 percent?

A: As soon as you redeem the Springer item, you can advance the Dynasty Program Mission to receive 22 percent progress toward your Dynasty Program. To earn the last 5 percent at the end of the Postseason Program for Stubs, XP and Tickets, hit five home runs with Postseason Flashback George Springer.

Yankees phenom Aaron Judge will grace the cover of MLB The Show 18, and you can pre-order it now on TheShow.com!

If you pre-order MLB The Show 18 through the PlayStation Store, you will immediately receive Aaron Judge’s Rookie Flashback player item (Diamond, 94 OVR RF) to use in MLB The Show 17 today! 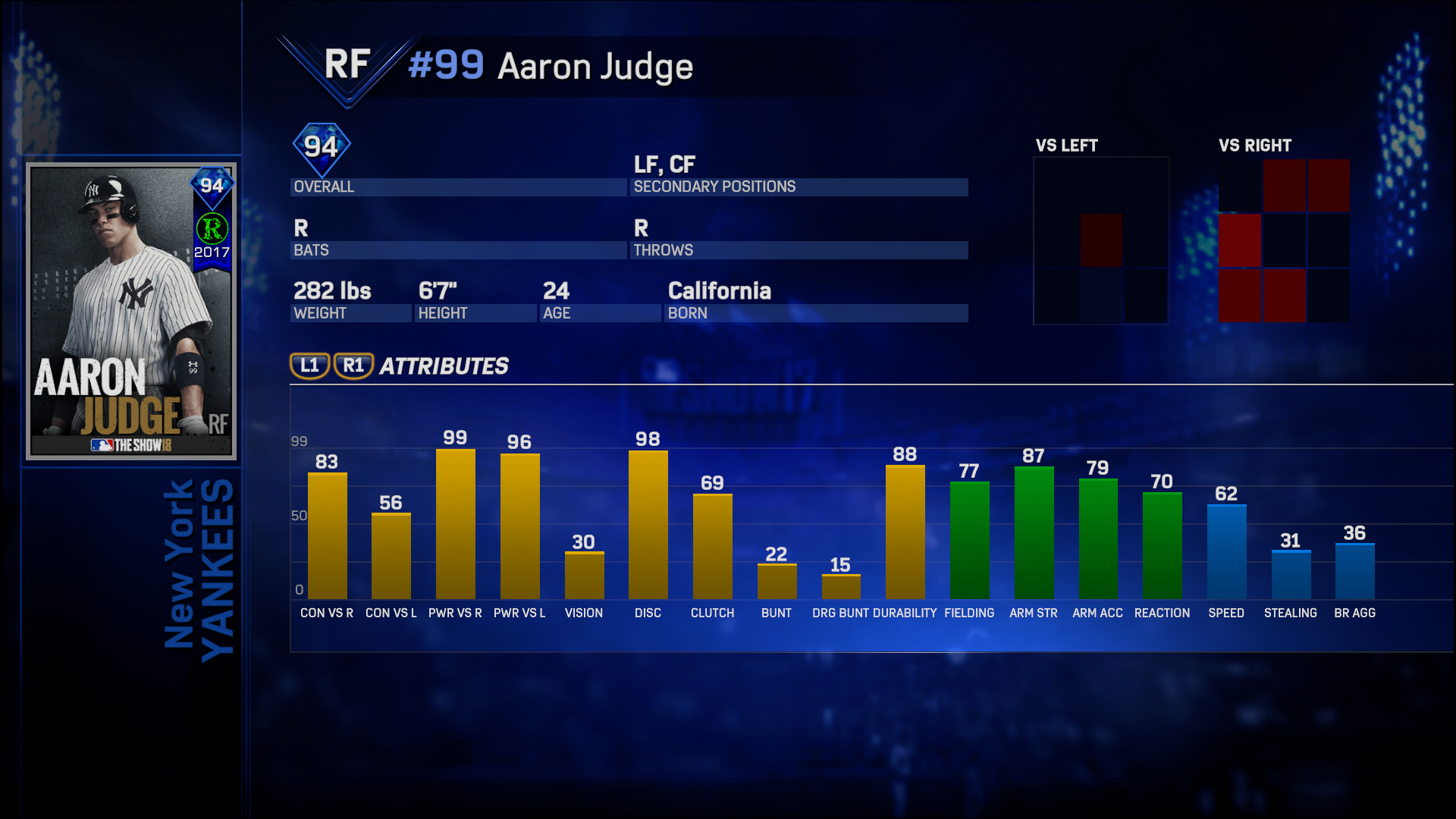 During this week’s developer Twitch stream, the live team discussed different pre-order bonuses, showed off the exclusive New Era hat from the All Rise edition, and answered commonly asked questions about pre-ordering MLB The Show 18.

We can’t wait to start revealing more information in the coming months! 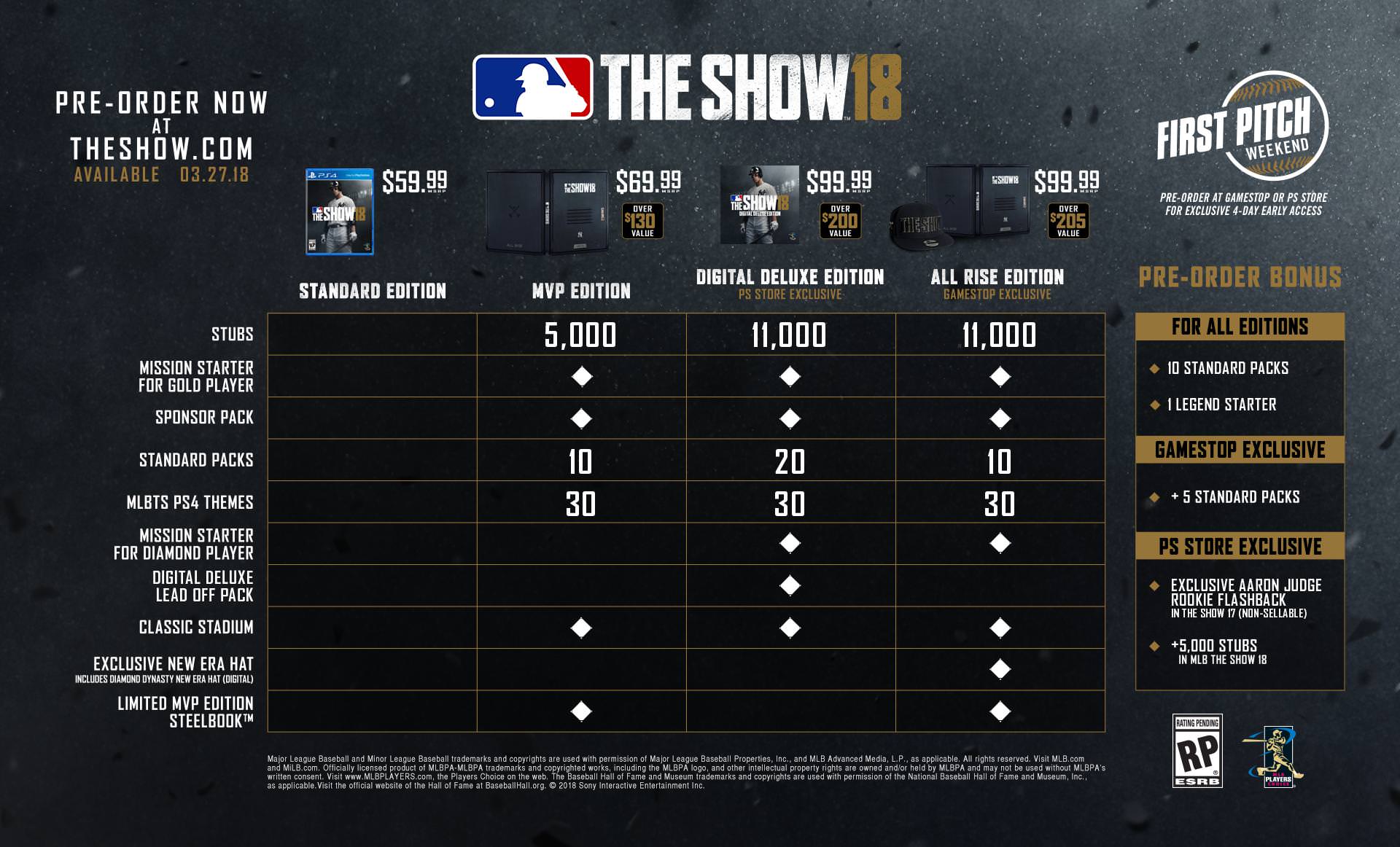 Q: When will the new Hardware Programs become available?
A: The plan is to release both Programs next Friday, Nov. 17. We revealed Tim Lincecum and Jimmy Rollins will headline those Programs during this week’s developer Twitch stream.

Q: Will there be more Hardware Legends and Flashbacks added into Diamond Dynasty?
A: Yes. Look for a new 99 overall Hardware Series player item in the Ticket Counter and a new Hardware Series pack next Friday.

Q: When will the last Mystery Program arrive?
A: We’ll have more news in December.