The new Halloween Epic rewards All-Star Legend Dave Winfield (Diamond, 99 OVR RF), who was one of the most impressive five-tool athletes during his playing days. To acquire him, complete all three parts of the Halloween Epic. 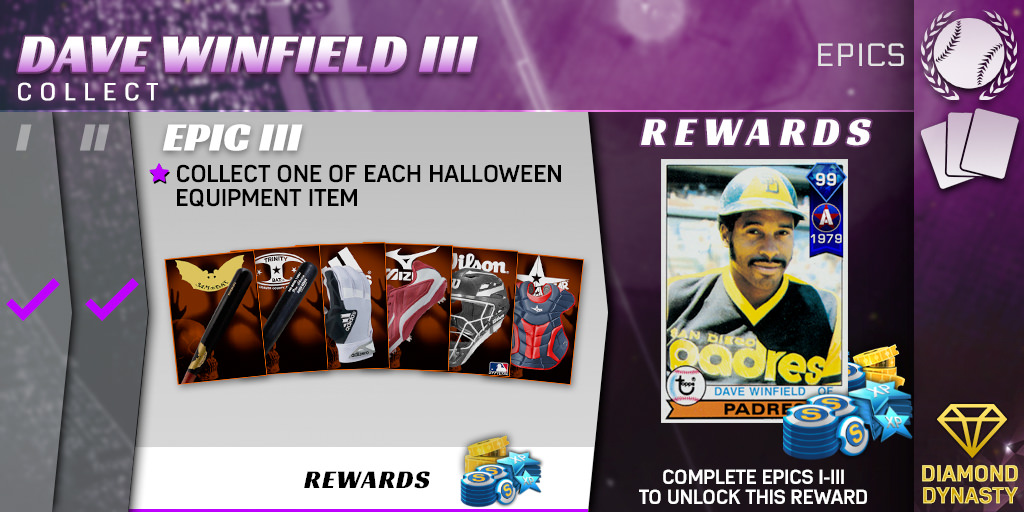 Along the way, you will earn Stubs, XP, Tickets and a Halloween Pack. The final reward is Winfield’s 1979 Legend player item. During that All-Star season, he smashed 34 home runs, drove 118 RBI and won his first Gold Glove award at age 27. 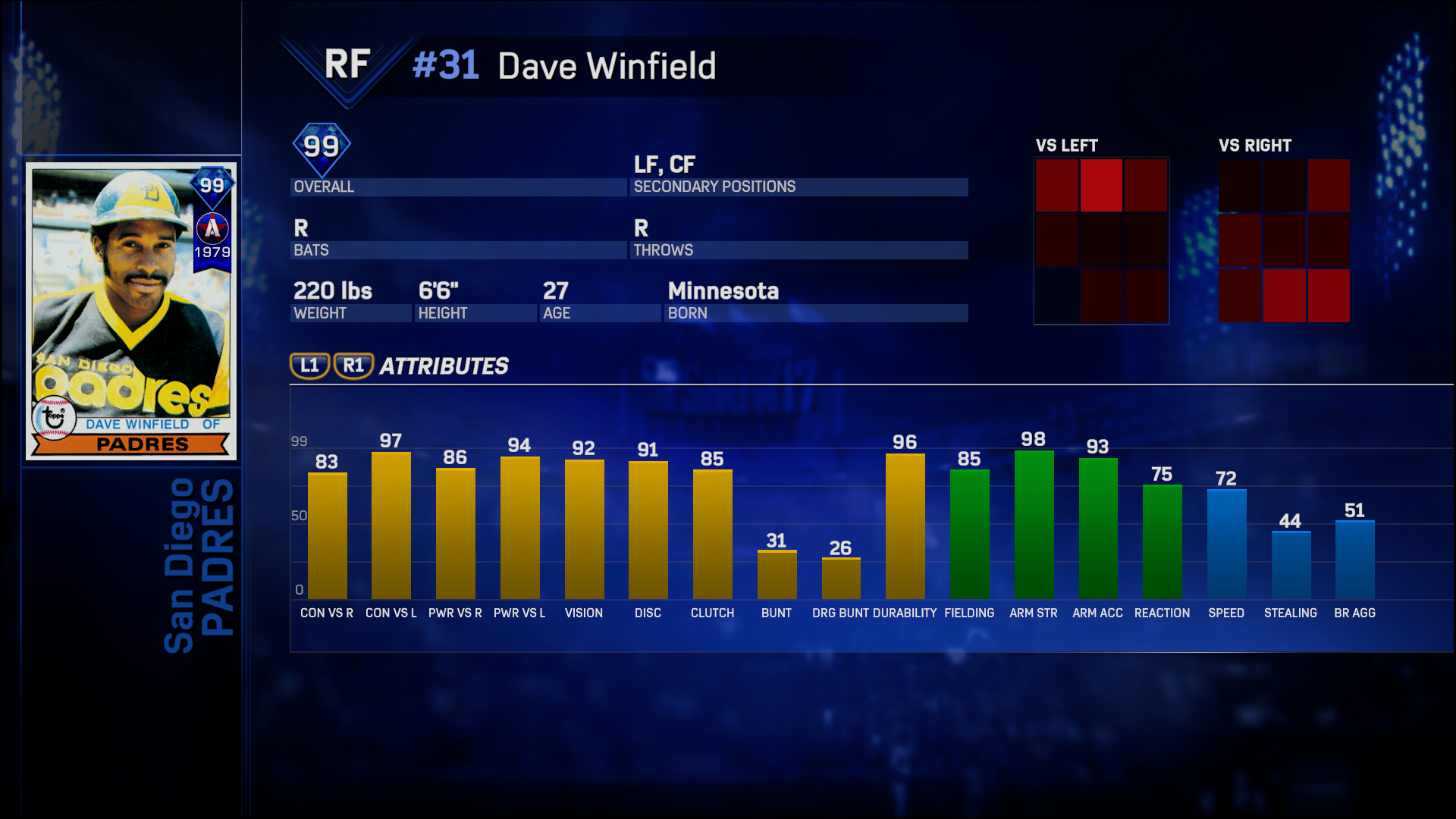